When Should you Upgrade your Computer?

At the office, our IT department has decided that our laptops can only be mandatorily replaced after six years. While this can be disputed whenever there’s a valid reason or justification, we were surprised at their confidence towards the lifespan and performance of laptops these days. I guess they are being reasonable in a way – I realized that I only owned two laptops in the past nine years, and both are still working fine.

My MacBook Pro is turning three this summer; it feels like I just got it last year. It is still performing like it did when I first used it. I was reading an online forum today where the “Average Life Span of a MacBook Pro” is a topic and someone candidly replied “As long as you want it to!“. Amusing.

It’s true, I think a MacBook can survive for many years, and that makes me a very satisfied customer. While there are moments when all those Apple restrictions give me headaches, a MacBook’s longevity is undeniably one of its best selling point.

Not to be left out, however, I have to mention that my nine-year old Windows computer is still alive too! It’s a Dell Inspiron 1420. It did crash after over a year where I unfortunately lost all my files, and the battery stopped working after less than three years. For a span of five years, I had to reinstall its OS twice, using two different installers until I decided to eventually go back to its original OS. It has been running fine since the last OS reload. I still use it for minimal computing needs as it starts humming after an hour of continuous use. I think, laptops can be upgraded anytime within 3-6 years. It really depends on the usage though. If it is being heavily used, the chances of it getting slower over time is definitely higher.

After purchasing my MacBook in 2015, I am happy that I never had to upgrade, nor do I need a new one yet. In fact, I’ve never checked on new laptops ever since, not until now that my nephew needs one for school. I was asked to look for a good laptop, and I honestly am not sure which one to get for a limited budget. Looks like online is the way to go? What would you recommend? 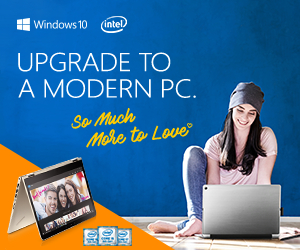